'The Economist: The World in 2022' conference opens in Sarajevo

SARAJEVO, December 9 (FENA) - The conference "The Economist: The World in 2022", which opened today in Sarajevo, will try to give analyses and views on the economic and political environment in BiH, the investment climate, and the development of society in whole.

The Governor of the Central Bank of BiH, Senad Softić, stated at the opening that he expects that the political, economic and social situation in BiH will be analyzed through a constructive discussion of decision makers, entrepreneurs and experts, with a focus on the challenges in 2022.

“I also expect that at the conference we will harmonize the conclusions that will be useful to everyone in the future,” said Softić.

Minister of Foreign Trade and Economic Relations of BiH, Staša Košarac, stated that it is very important to develop the domestic economy and strengthen its capacities through internal policies.

He believes that BiH needs to open new markets such as Israel, Saudi Arabia, the United Arab Emirates, and especially Russia and China, and the Eurasian Customs Union.

Robert Čoban, Director of Color Media Communications, which is the organizer of the conference, pointed out that this year, for the first time, they publish the prestigious British magazine "The Economist" for BiH, which is the fifth issue of the magazine in the region.

He expressed hope that today's conference will contribute to seeing what the political and economic future of BiH and the region will be like.

Through the panel discussions at the conference, answers will be sought to the questions that await us in 2022, how the world and BiH economy will recover from the consequences of the global pandemic and what are the economic prospects for BiH.

Also, the conference will promote the magazine "The Economist", which is launching its annual edition of "The World in ...", for the first time in Bosnia and Herzegovina.

The conference was organized in cooperation with the CBBH and with the support of the British Embassy in BiH and the EU Delegation to BiH.

CBBIHCONFERENCE'THE ECONOMIST: THE WORLD IN 2022'
(FENA) A. B.
Vezane vijesti 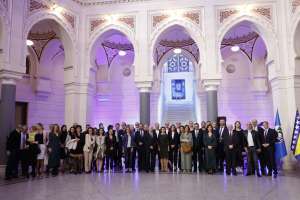 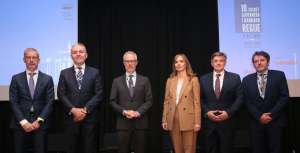 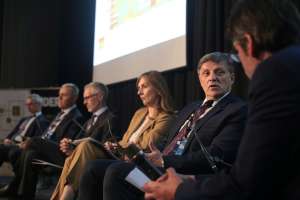