"Unfortunately, due to the worsened epidemiological situation, this year as well. we are not able to organize a traditional formal reception in the building of the Presidency of Bosnia and Herzegovina. But, like every November 25, we must use this day to remind of the importance of Statehood Day and raise awareness of the substantial importance of the state of BiH, as the best framework for our security and freedoms," he added.

In order to understand the significance of ZAVNOBiH, it is important to always remind of the circumstances in which it was held, Džaferović emphasized, as well as everything that preceded it in a difficult historical period before and during the Second World War.

The restoration of BiH's statehood is closely linked to the global fight against fascism, and that sovereignty and territorial integrity have been re-established by those forces that found themselves on the right side of history, on the side of a civilization that fought for survival against barbarism, he said.

He notes that another important context for understanding ZAVNOBiH is what happened with Bosnia and Herzegovina in the period before November 25, 1943.

"From the division into 'banovinas' (counties) in 1929, through the Cvetković-Maček agreement, to the annexation of the territory of Bosnia and Herzegovina by the Independent State of Croatia (NDH), the sovereignty and territorial integrity of Bosnia and Herzegovina were continuously diminished and annulled. It was torn and divided between Belgrade and Zagreb. The right of its people to decide their own destiny was denied over and over again," he pointed out.

However, Džaferović emphasizes that ZAVNOBiH was a clear and decisive response from Bosnia and Herzegovina not to accept division and not to be divided between neighboring states. It was said that Bosnia and Herzegovina is a complete and indivisible state, a natural geographical, political and cultural whole.

At that time, the Declaration on the Rights of Citizens of Bosnia and Herzegovina was adopted. It emphasizes that people living in Bosnia and Herzegovina are not only members of the peoples, but also citizens with their individual, civil rights, which are, in a political sense, a fundamental feature of the modern age.

"This balance between national and civic will become the formula, thanks to which Bosnia and Herzegovina will be built as a modern state, which will gain independence in 1992 and become an internationally recognized state, a member of the United Nations," he said.

He added that it should never be forgotten that, precisely on the constitutional and institutional foundations of ZAVNOBiH, a referendum was held on March 1, 1992, and the independence of Bosnia and Herzegovina was achieved.

"Nevertheless, 26 years after the signing of the Dayton Peace Agreement which stopped the war, and numerous reforms which reintegrated the institutional structure of Bosnia and Herzegovina during the aggression, we are again witnessing attacks on the institutions of this country. The current threats and unilateral moves by the Republika Srpska entity government are one of the countless attempts to undermine the sovereignty and territorial integrity of Bosnia and Herzegovina, with the ultimate goal of secession. That will never work," he said.

"Many people in Bosnia and Herzegovina today cannot exercise their rights, I am thinking primarily of returnees and citizens who do not belong to the constituent peoples. Everyone must have equal rights and we must not give up until every person is equal on every inch of this state," said Džaferović.

He says that the obligation towards the historical generation, presented by ZAVNOBiH, is to continue to build Bosnia and Herzegovina, as a democratic, modern and functional state, a state that will have the strength to resist all challenges and achieve full membership in the European Union and NATO. 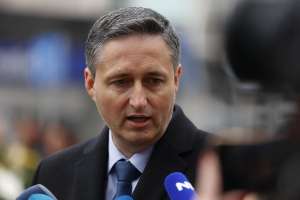 Bećirović: Messages of peace, tolerance and togetherness more important to us today (VIDEO) 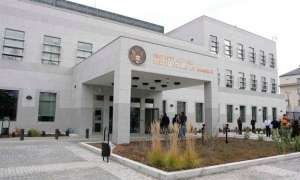 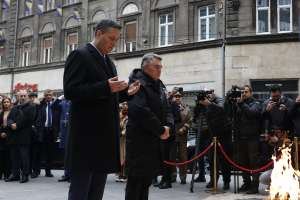