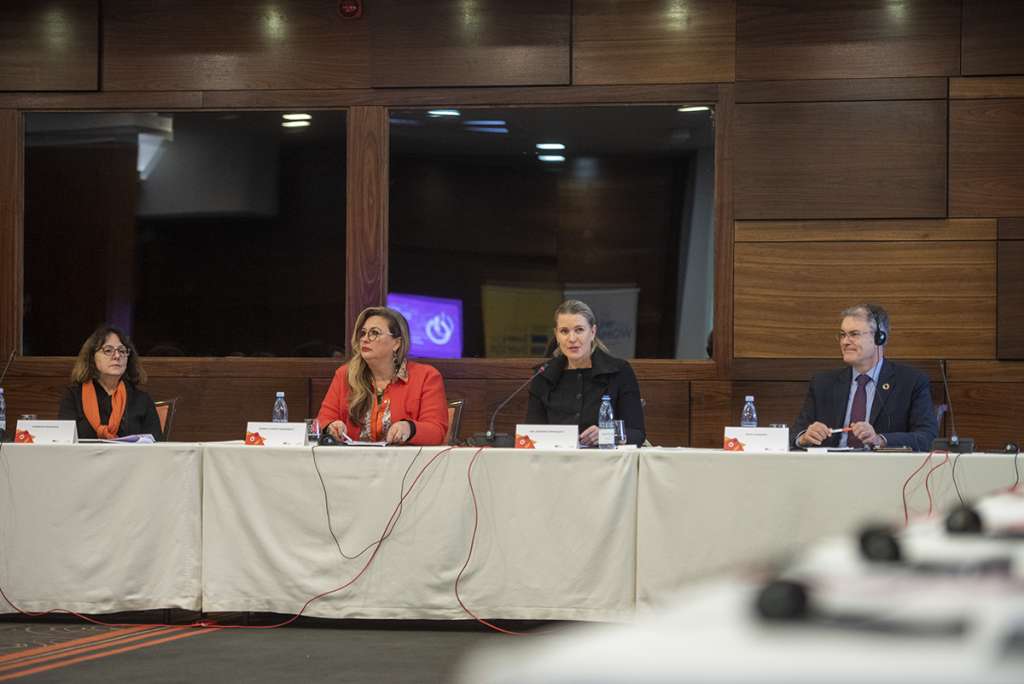 SARAJEVO, November 24 (FENA) - Eliminating sexual violence and harassment against women in Bosnia and Herzegovina is the focus of this year's campaign „16 Days of Activism against Gender-Based Violence“, that kicked off in Sarajevo today, and will last until 9 December.

Under the motto #nomeansno and #recognizeandact the campaign is implemented by UN Women, with the support of Sweden, and in cooperation with partners, with the goal to raise awareness of citizens about different forms of sexual violence and harassment, such as stalking, harassment in public spaces, and marital rape. The campaign will also highlight the importance of securing the legal framework for protection from sexual violence and harassment, and its implementation, are in line with international standards.

"It is crucial to harmonize the laws with the highest international standards of the Istanbul Convention. We are here today to support advancing laws and their implementation with the representatives of government, civil society and international organizations. Only together can we improve laws and ensure their implementation according to the highest standards”, said David Saunders, UN Women representative in BiH.

“The work of the Action Coalition on Gender-Based Violence in BiH represents additional synergy to implement the Istanbul Convention, as well as GREVIO recommendations for BiH in the area of preventing gender-based and sexual violence. Competent institutions need to urgently react to suppress this problem, which can only be solved with a comprehensive approach. It is necessary to harmonize legislation with the Istanbul Convention, ensure the necessary support for survivors, education for experts, as well as on all levels of education, and work on prevention to recognize that sexual violence and harassment is unacceptable,” said Samra Filipović-Hadžiabdić, director of Agency for Gender Equality of BiH.

"All forms of violence against women and girls are a barrier to gender equality and development. States have the duty to ensure human rights, and to prevent violence against women and girls, regardless of who the perpetrator is. Sweden is happy to work with our partners to make sure adequate legislation to prevent and combat gender-based violence, including sexual violence, are in place, and that sufficient funds and resources are allocated to implement them,“ said H. E. Johanna Strömquist, ambassador of Sweden in BiH.

Dubravka Šimonović, former UN special rapporteur on violence against women from 2015 to 2021, also took part in the event. „BiH is the first country in the region that founded the Committee on the implementation of the Istanbul Convention and Femicide as the most extreme form of violence against women. Along with strengthening prevention, we need to collect data on all forms of violence against women and girls, including sexual harassment, rape and femicide, in a way to include both the sex of the perpetrator and victim, as well as the nature of their relationship. Additionally, cases of femicide need to be analyzed in order to establish problems in the laws or their implementation and prevent similar cases”, said Ms. Šimonović.

A panel discussion Protection from sexual violence in legislative frameworks and practice: Gaps and possibilities featured participation by Nikolina Grbić Pavlović (Directorate for Police Training, Ministry of Internal Affairs of Republika Srpska), Miomirka Mila Melank (Representative in the Parliamentary Assembly of FBiH, 2018 - 2022) and Diana Šehić, director of Association “Rights for All”, with moderation by Kristina Ljevak.

"We need to unite in the fight against all forms of violence against women. The right to live a life without violence is one of the most important human rights and states have the obligation to establish timely and efficient mechanisms of protection that will show the victims that they are not alone, and at the same time ensure that perpetrators are punished promptly and strictly. Of course, for that to happen, it is necessary to harmonize the legislation with international standards on human rights and violence protection and harmonize it with relevant national legislation in order to ensure efficient protection and legal safety in BiH,“ said Diana Šehić, director of Association „Rights for All”.

Participants of the event had the opportunity to sign the Declaration of the Action Coalition on Gender-Based Violence, created within the campaign Generation Equality, with the goal of mobilizing support to end gender-based violence. On behalf of the European Union, the Declaration was signed by Aurelie Valtat, Head of European Integration, Political, Press and Information Section.

The campaign continues in Banja Luka (26 – 27 November), Bihać (29 -30 November), Mostar (2 -3 December), Tuzla (5 -6 December) and Sarajevo (7 December), where information points will be available. Citizens will be able to talk about various forms of sexual violence and sexual harassment with experts, and fill out an online poll on how much they know about these forms of violence, do they recognize them, how they are being sanctioned, etc. The data will be analyzed and presented at the closing event of the campaign in Sarajevo on 9 December, stated the UN Women in BiH. 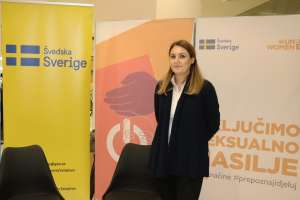 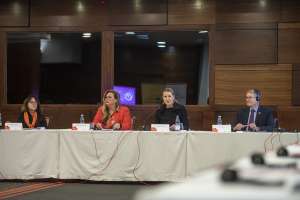