Podžić at a panel discussion of '2BS' Forum: Investing in security is the best investment 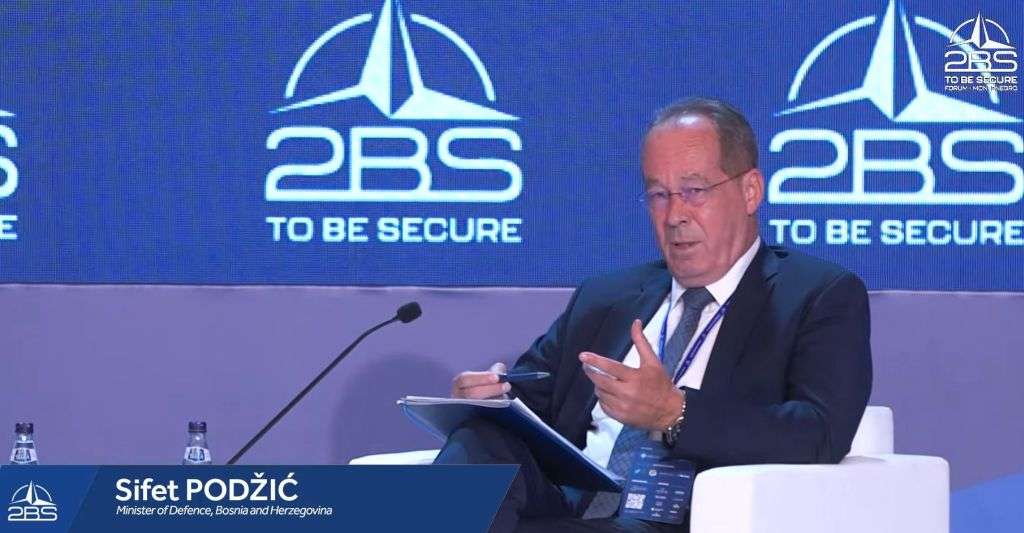 SARAJEVO/BUDVA, October 7 (FENA) - Bosnia and Herzegovina and NATO in many respects have unique and multidimensional relations, and as the only country in the status of the Action Plan for Membership, we see this fact as an opportunity to further strengthen the partnership with the North Atlantic Treaty Organization, said the BiH Minister of Defense Sifet Podžić today at the panel discussion of Forum 2BS (To be Secure), which is being held in Budva from October 6 to 8, hosted by the Atlantic Council of Montenegro.

Speaking about the key areas of cooperation between NATO and BiH, Podžić highlighted NATO's support at the Summit in Madrid through the Defense Capacity Building Initiative.

"That package brings us much-needed equipment... It is one of the ways to fulfill our partnership goals much more efficiently and quickly. Our focus here is on equipping our declared Light Infantry Battalion Group, with which we strengthen readiness, resilience and the possibility of greater contribution to international missions," Podžić said.

In the context of Russian influence in the Western Balkans and the political situation in Bosnia and Herzegovina, Podžić emphasized that the war in Ukraine has wider implications and added that "as never before, it shows that investing in a strong and capable army is not an expense but an investment", especially in terms of collective security.

Also, Podžić expressed hope that the recent elections in BiH will help BiH make at least a small step forward on the Euro-Atlantic path.

Participation in panel discussions by the Presidents of Montenegro and Slovenia, Milo Đukanović and Borut Pahor, and an online address by the President of Ukraine, Volodymyr Zelensky, is planned for tomorrow, stated the BiH Ministry of Defense. 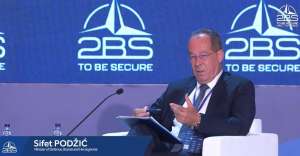